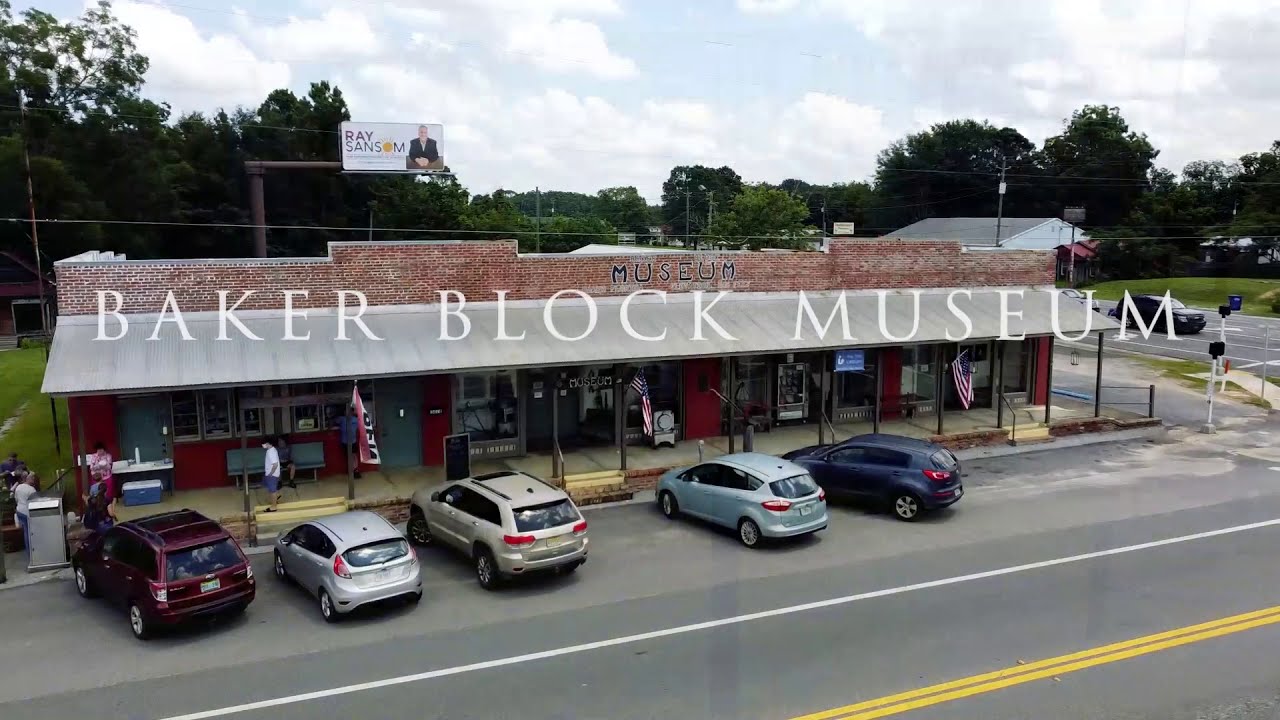 BAKER — The Baker Block Museum was damaged Sunday night when a recreational vehicle in front of the building caught fire.

About 10 p.m., the Baker and Holt fire districts reported being on the scene of a blaze outside the museum at the corner of State Roads 4 and 189. According to an official from the Baker Fire District, there were no injuries in the fire, but the RV was a total loss and the museum sustained smoke and fire damage.

The cause of the fire is under investigation.

More on the museum: Inside the Baker Block Museum

Ann Spann, the museum's director, said Monday morning that the heat from the fire charred some of the beams on the porch and blew out several of the building's glass windows.

"We got a little smoke in from the broken glass, but overall we are very fortunate," Spann said. "The fire department is only a short distance away, and their quick response saved it from igniting the museum."

Spann noted that the fire had warped the entrance door to the museum's shop and that a significant number of windows will have to be replaced. She added that, thankfully, the museum should be able to remain operational during the repairs.

"It was contained to one end of the building because there's four separate buildings and different entrances here," Spann said. "So this is the entrance to our storefront. We will close that entrance, but actually we won't have to be closed as far as the museum part because we do have separate entrances."

Spann said the museum's 25th anniversary is in July and that the plan is to move forward with an anniversary celebration on July 17.

Asked what the community can do to support the museum as it recovers from the blaze, Spann said, "We're nonprofit, so we always look for any kind of support: volunteers, monetary support, anything that can help the museum and operations, we're always open to it. We're pretty grateful and fortunate with community support here in the north end of the county."

She added, "And again, we can't say enough for the quick response from the Baker and Holt fire departments in knocking the fire out before it engulfed the museum. The museum is an old building. It was built between 1907-1908 and it's hard pine, so the entire building is very flammable as far as the type of material. So it's a blessing that they got it out when they did."

To learn more about the Baker Block Museum, visit bakerblockmuseum.org/.